A hard working dad of three (two sons and a cat), who loves to create, learn and solve problems. In my spare time I enjoy gaming, mountain biking and playing the drums.

I always strive for perfection, be it an idea or an execution, and have a Swiss Army Knife of abilities to achieve them. I have over 10 years of experience creating 2D and 3D moving image as well as excellent post production skills which I’ve used across a huge range of clients and areas.

I guess you could say that I was conditioned to end up in the creative industry. Both my parents were in advertising, my mother being a TV administrator for big ad agencies and my father was an editor.

It wasn’t actually until my A-levels that I decided to move into the moving image scene myself as I’d previously wanted to be an architect, but the realisation of 7 years of Uni put me off. I also hit my mental capacity for maths and physics at A-level. Alongside these I also took Fine Art, but couldn’t see a career in it for me.

I was lucky enough to be accepted to Ravensbourne College (the Chislehurst Bauhaus) and started after a gap year of producing talking head videos for a hedge fund advisory company.

After qualifying with a 2:1, I quickly got to work at EA Games creating UI previs and marketing materials for NFS Hot Pursuit, but left due to a pre-existing agreement with the guys at MVStudio to work on a stereoscopic animated feature film: A Liar’s Autobiography. From then on I’ve been constantly busy!

Sorry, but you'll need a password to see some of the videos below. 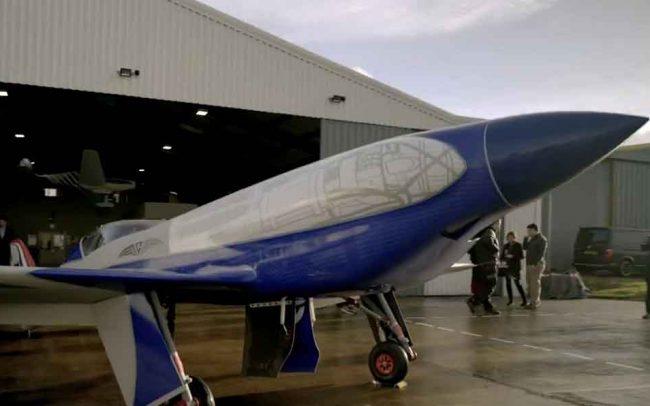 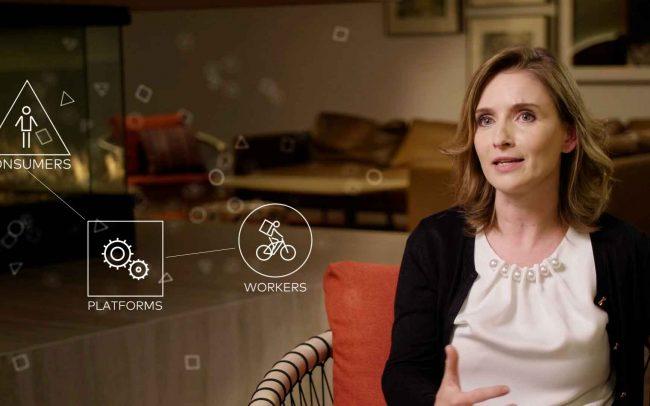 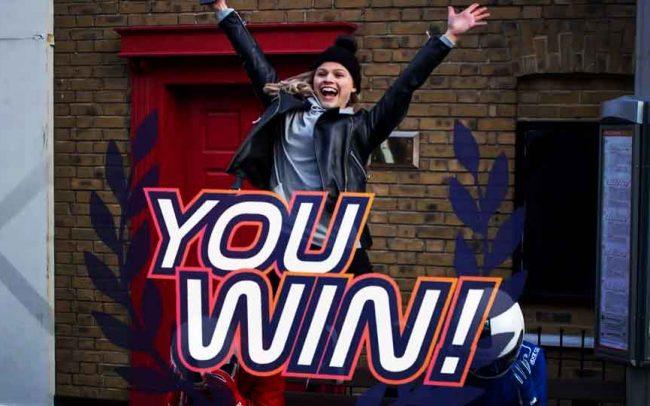 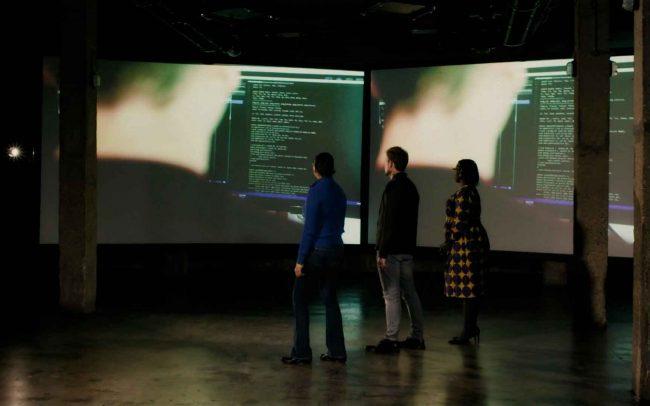 Oracle – The New Face of Greatness 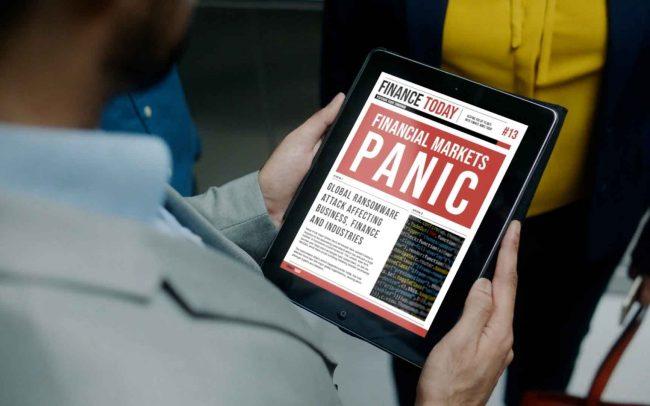 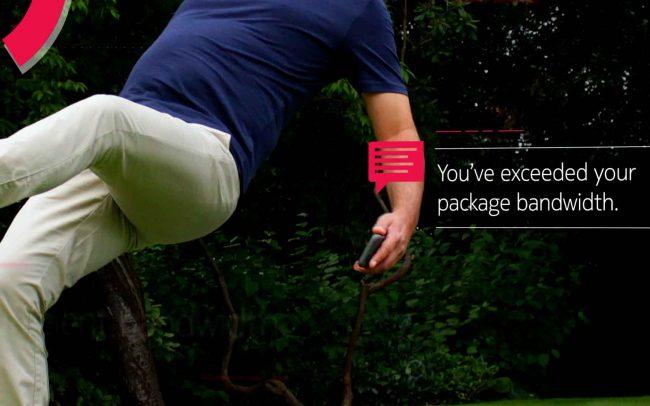 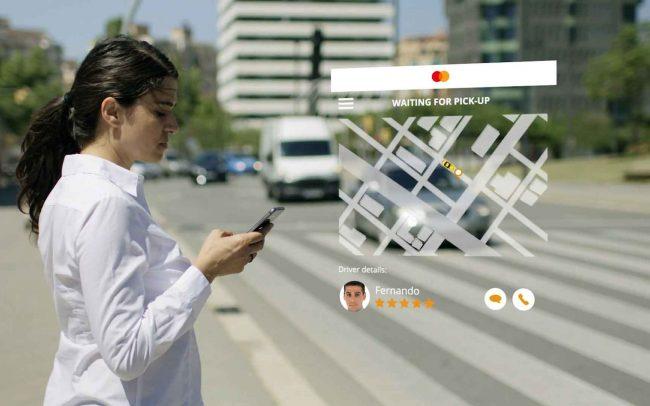 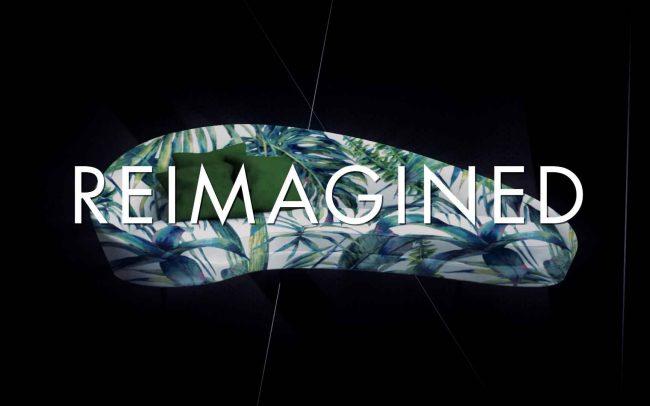 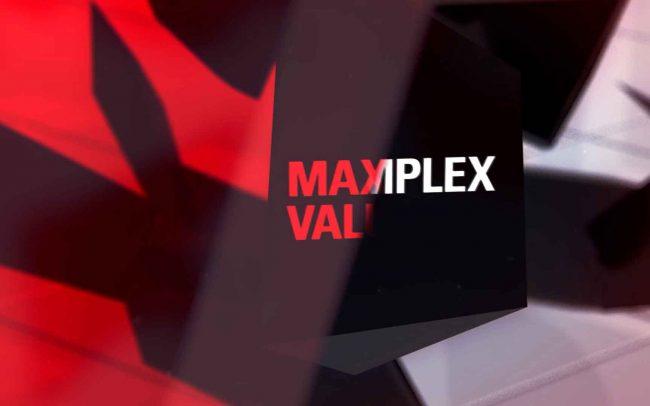 I offer a range of different services for all sizes of projects but you can always expect professionalism, honesty and a sense of humour.

No idea where to start? Vague idea but not sure it’ll work? Good idea but can’t visualise it? You know what it’s got to look like but don’t know how to tell the right story?

Don’t worry, I can help.

An often overlooked part of the work I do is creating identities and guidelines specifically for video content. Having worked with some huge brands, you’d be surprised how few have fully considered the importance of a consistent identity in an age where content is king.

There is a huge demand for 2D content at the moment, especially with Covid messing up shoots. It’s cost effective, flexible and can end up looking amazing. Ranging from typography to character animation, the core of my skills are in this area.

Whilst I don’t use C4D daily, I have used it for a number of projects over the years and know my way around it well. However, it’s about to make it’s way back into my life, as I’m embarking on the Unreal Engine learning path.

I am set up to handle a wide range of needs, from longform multicam 4k edits down to stock based teasers, compositing tasks from planar tracking in Mocha to point tracking in C4D. And of course there are times when the headphones go on, I zone out and rotoscope.

I’ve purpose built my studio for working with colours accurately. The walls are 50% grey, I can block all natural light and I use a professional studio monitor capable of UHD HDR grading to 100 percent of sRGB, Adobe RGB and Rec. 709 colour spaces.

01/09/2021 – It’s been nearly a year working freelance and I’ve actually had very little time for any personal work yet. However, I did manage to attend the Summer of Unreal, hosted by Escape Studios. This was a 4-week course in August aimed at training industry professionals on the basics of Unreal Engine. A great course and I learned a tonne. Here’s a still from the scene I created, and yes, that’s me meditating. 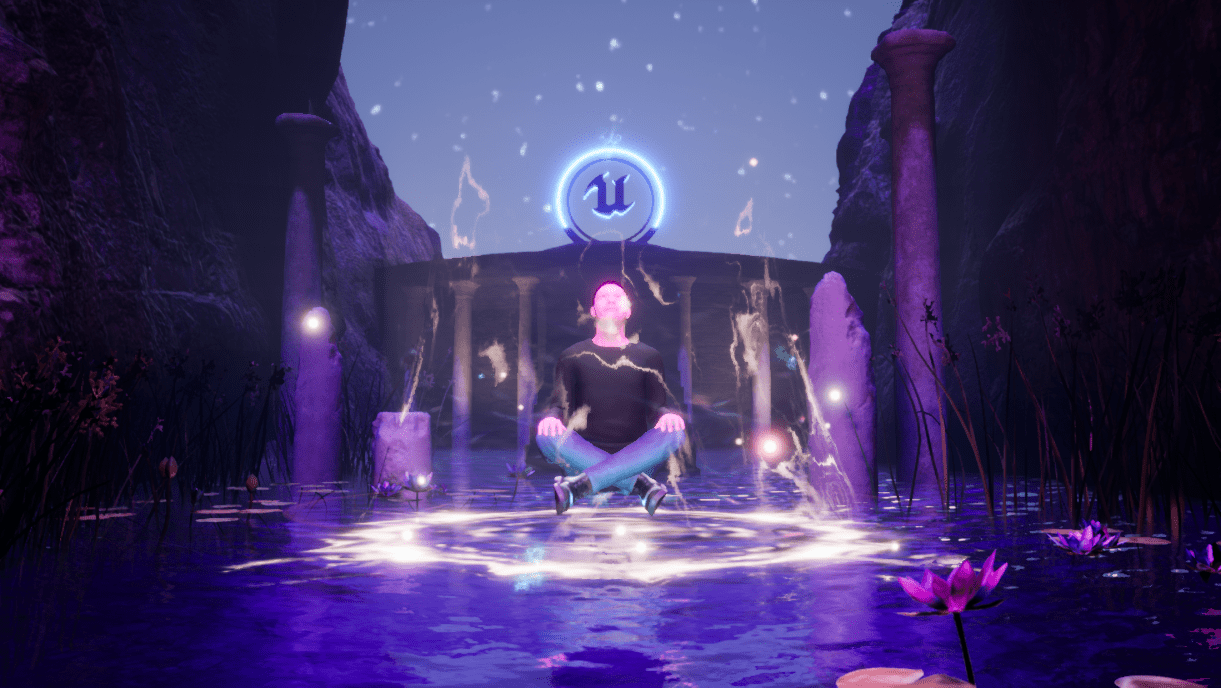 Drop me an email and I’ll get back to you ASAP.